Thomas Grannemann is a husband, father, and grandfather who has lived in Haverhill for twenty-three years. Recently retired, he brings a wealth of work experience—as a PhD economist, researcher, and manager overseeing large public budgets. He served in Boston as an Associate Regional Administrator for Medicare, and in Washington DC on staff with the Office of Management and Budget, developing the President’s Budget. A Navy veteran, Tom served as a shipboard data processing officer. His past civic roles include two school building committees, a town finance committee, and leadership in a scout troop. In recent years, Tom has brought attention to trends in Haverhill school spending and performance through his work with the Haverhill Education Coalition and his BenchmarkHaverhillSchools.com website. He will apply his expertise in public finance to get the most from Haverhill’s school budget and to make a compelling case to city and state leaders for improved school funding. With an emphasis on respect and responsibility at every level of our school system, Tom Grannemann will work for safety in the school environment, success in life for each student, and economic progress for Haverhill built upon strong public education.

Tom Grannemann is retiring this year from a varied career as a health care economist, researcher, policy analyst, and government administrator. Most recently he was a Senior Fellow in the Cambridge office of Mathematica Policy Research, a national firm engaged in program evaluation and policy research.  He served in the White House Office of Management and Budget, overseeing the Medicare and Medicaid programs. He was an associate regional administrator for the Centers for Medicare and Medicaid Services, overseeing regional operations for fee-for-service Medicare throughout New England. In earlier years, he ran his own research and consulting business and was an associate professor in the Graduate School of Public Affairs of the University of Colorado.

Tom Grannemann recently served as Vice President of the Haverhill Education Coalition, a community group working for better schools in Haverhill. He is also the creator of BenchmarkHaverhillSchools.com, a website presenting data on Haverhill schools. He was instrumental in organizing three Haverhill Education Coalition community forums on Haverhill school performance and funding: in 2017 (Reach Higher), 2018 (Haverhill Reads), and 2019 (Equity and Resource Allocation). Tom served on the screening committee that selected superintendent candidates for consideration by the Haverhill School Committee in 2018. Previously, in another community, he served on two school building committees and a town finance committee. He also served in Boy Scouting as a den leader, an assistant scoutmaster, and on the board of the Yankee Clipper Council Eagle Scout Association.

Tom Grannemann has lived in Haverhill since 1996.  He is married to Alice Mann, who has served as a leader in several Haverhill civic organizations. His three grown children all attended public schools and graduated from the University of Massachusetts. 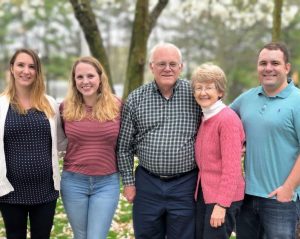 Tom served in the U.S. Navy as the data processing officer on a helicopter carrier (USS Guam LPH-9) in the Atlantic and deploying to the Mediterranean.